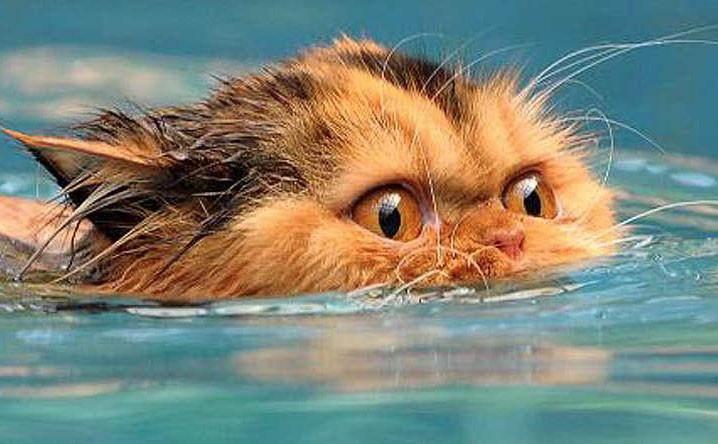 Anyone who has had a cat as a pet knows that they aren’t usually compatible with water. In fact, flicking liquid at your cat is kind of like flicking holy water at a vampire. Stereotypes don’t always hold true, and many cat breeds will demonstrate why. Perhaps you have a kitty who searches out a flowing faucet and dips their tiny head in the water on a regular basis.

Some cats actually love being in the water and are content to swim alongside the fish. Owners of fish tanks, beware! Meet ten water-loving cat breeds that go against the current when it comes to getting wet.

They may be clumsy, but Turkish Vans are also known for loving the water. So much so that they’ve even earned the nickname of the swimming cat. As the story goes, some of the earliest members of this breed were supposedly aboard Noah’s Ark and got their love of swimming from swimming ashore when the ark ended its voyage on Mt. Ararat.

The largest breed of domestic cat, the Maine Coon has long or medium hair that’s water-resistant, enabling it to swim, as well as withstand cold temperatures. These intelligent cats are fascinated by water, which perhaps stems from the breed’s history of working as pest control on ships. Maine Coons have a reputation for learning to turn on the faucet, as well as scooping water from toilet bowls and dunking toys in their water dishes.

The adventurous Aby hails from Indian Ocean coastal areas, so it’s no surprise that they take to water play. It’s likely that this energetic and fun-loving cat came to Europe by ship in the 19th century, which may have reinforced their comfort with the wet stuff. Don’t be surprised when your Abyssinian learns to turn on the faucet so they can have their own personal water park.

Bengals seem a bit closer to a wild cat than most other domesticated breeds since they were created by mixing a domestic cat with an Asian Leopard Cat. They still look like a wildcat with their striped appearance, just in miniature. Though there’s no wildcat blood left in them today, Bengals still have some of those characteristics leftover, including a love for the water. Don’t be surprised if your Bengal wants to go for a swim or join you in the bathtub!

Adapted for the harsh, cold climate of Norway, the Norwegian Forest Cat has an all-weather coat that protects them from just about any weather conditions you might encounter. Moreover, that coat repels water, helping to keep them warm when they go fishing, as their known to be avid fishers. Norwegian forest cats are excellent hunters that are known to catch birds, rodents and fish — so be wary of letting yours too close to the aquarium or koi pond.

A double-coated cat that comes with short or long hair in a variety of colors and patterns, the Manx is an island cat through and through. They’re from the Isle of Man; a small island off the coast of Britain, which is likely why they show no fear of water, instead, tending to be curious about it and wanting to play with it. Don’t be surprised to find a Manx playing with any water source it finds, from the sink to the bathtub to the pool out back!

Many of the island cats seem to be quite fond of water, and the Japanese Bobtail from the island of Japan is no exception. These slender, smart cats have been around since at least the 6th century as beloved companions of the Japanese. They were originally used by Silkworm farmers to control pests until the Imperial family granted the breed the privileges of the ruling classes, causing them to be treated like royalty.

This large, active, and curious cat was created by crossing the serval, a small wildcat, with domestic cats. That no doubt accounts for the pleasure they take in playing with and in water. The Savannah stands out for their boldly marked coat, long neck, and large ears. They can even be trained to play fetch or walk with a leash. And unlike most cats, Savannah cats love to play in the water and will jump at any opportunity to make a splash.

Sphynx cats have a very distinct look; they’re hairless! This means that they need regular bathing from an early age, which can often result in them becoming fond of the water. They might not have developed this affinity for water naturally, but most of them still seem to enjoy a good bath, swim, or just a little playtime splashing in the sink. 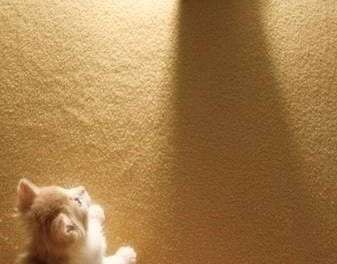 It’s Ok, I am Right Here 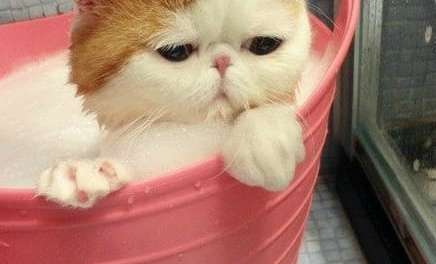