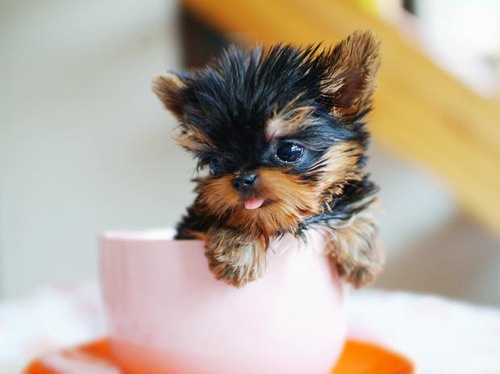 Teacup dogs are known for their adorably small statures, they are so tiny that can easily fit your pocket. People love them because they retain that cute puppy size their whole lives. If you have been thinking of getting one of these best teacup dog breeds, one of the adorable pups on the list may be the perfect new addition to your family.

However, before you introduce a teacup dog home, there are some things you need to consider first. Teacup dogs are not the same as toy dog breeds, and they are usually smaller. “When it comes to Teacup breeds, there is a lot of controversy, too. The AKC does not classify or register Teacup dog breeds at all. Teacups are the smallest puppies from a litter of Toy breed dogs. For this reason, many say they are just the unhealthy runt of the litter.” If a dog weighs less than 4 pounds and stands less than 17 inches tall, it can be considered a teacup dog.

This is the puppy purse dog. They are extremely affectionate and hate to be alone. These intelligent dogs are fairly easy to train and make great dogs for apartments, but require a lot of care and attention, which makes them a good “to go” small dog.

No matter the size (Teacup, Toy, Standard, Giant), the Poodle breed is well-known to be one of the smartest dog breeds that walks the earth today. They are very adaptable and do well with any type of house or household makeup.

These easy to train dogs are great for the first-time dog owners. In fact, the only drawback of Teacup Poodles is that they need frequent grooming from someone who knows what they’re doing. Also, they have all of the drawbacks associated with the fact of being a small dog breed including being fragile and having many health problems common among small dogs.

Right there with the Chihuahuas, Teacup Yorkie is another super popular dog breed. The Yorkie is a brave and confident dog with a lot of personality. They are very loving and adaptable, except when it comes to kids and other animals. Teacup Yorkies don’t like them.

They can live in almost any situation – the city, the country, in apartments, and with no yard. Yorkshire Terriers are an active breed that needs lots of play and exercise. They will need training to reduce barking as well, therefore, a dog owner that is willing to dedicate themselves to this pet is usually the best fit.

The Teacup Beagle breed is great with kids and other pets. As a close relative to standard Beagles – one of the best hunting dogs – Teacup Beagles still have hunting instincts and will need to be trained not to bark and not to chase other furry animals. Pups from this breed are active and playful.

All Beagles in general need lots of attention or they can become destructive. Although these small stubborn dogs are hard to train at times, they remain one of the most popular teacup dog breeds due to their winning personality, cute looks and positive demeanor. If exercised and fed proper Beagle dog food, they can also live a long time.

Another breed that may need anti-bark training, Teacup Pomeranian dogs are alert and curious about the world around. While they are one of the most popular teacup dog breeds, they will not hesitate to let you know when something isn’t right.

Teacup Pomeranians have less energy and playfulness than the average dog, so they will do best in a more laid-back household. As with all teacup dog breeds, it’s best if these dogs are in a home with only adults and older children. They also make great purse dogs due to their calmness and are often considered one of the best breeds for women.

Finally, the last true Teacup dog breed is the Teacup Shih Tzu. If you want a little dog that can wear bows in his hair, then this breed is for you. The Teacup Shih Tzu has a long, beautiful coat that can be styled in many fashions. They’re one of the cutest dogs alive, which is why they often get adopted.

These dogs usually have low energy levels and a low desire to bark. This makes them great for apartments. These little pups are also very good with kids and other pets as well, which is very unlike most Teacup dog breeds on this list.

A Teacup Pomsky is the small, loving hybrid of the famous Pomeranian dog and the Husky. They often look like mini versions of Huskies or a Pomeranian with the coloring and fur pattern of a Husky. These adorable pups have understandably grown in popularity in recent years because of their many incredible benefits.

Teacup Pomskies are easy going and friendly dogs. Their loving personality makes them the perfect dog if you want a furry companion by your side at all times. They will never usually be more than about 8 pounds at the most, and some can even be 3 pounds.

Similar to Pugs, teacup pugs are compact, muscular dogs with square features. They have a heavily wrinkled face with a black, snub-nosed snout. These dogs have an even temperament and are very friendly. Pugs are very playful. They do not require much exercise and a short daily walk, with some light playtime at home.

Their wrinkles need frequent cleaning to prevent the accumulation of dirt in them. Also, daily brushing of the coat will help keep shedding to a minimum and keep it clean and sleek. The full-grown adult will weight around 3-5 pounds. Unfortunately, due to their small size they have more health issues than larger dogs. Pug puppies has slightly longer snout. 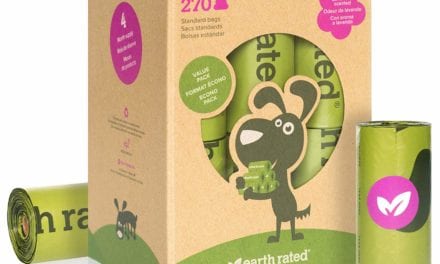 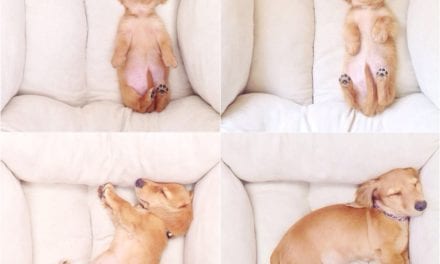 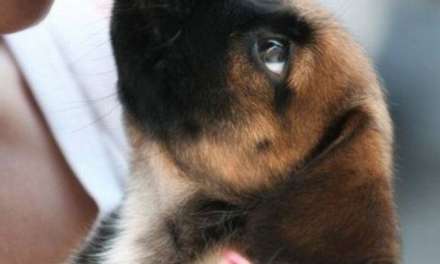