10 Smartest Dog Species in the World 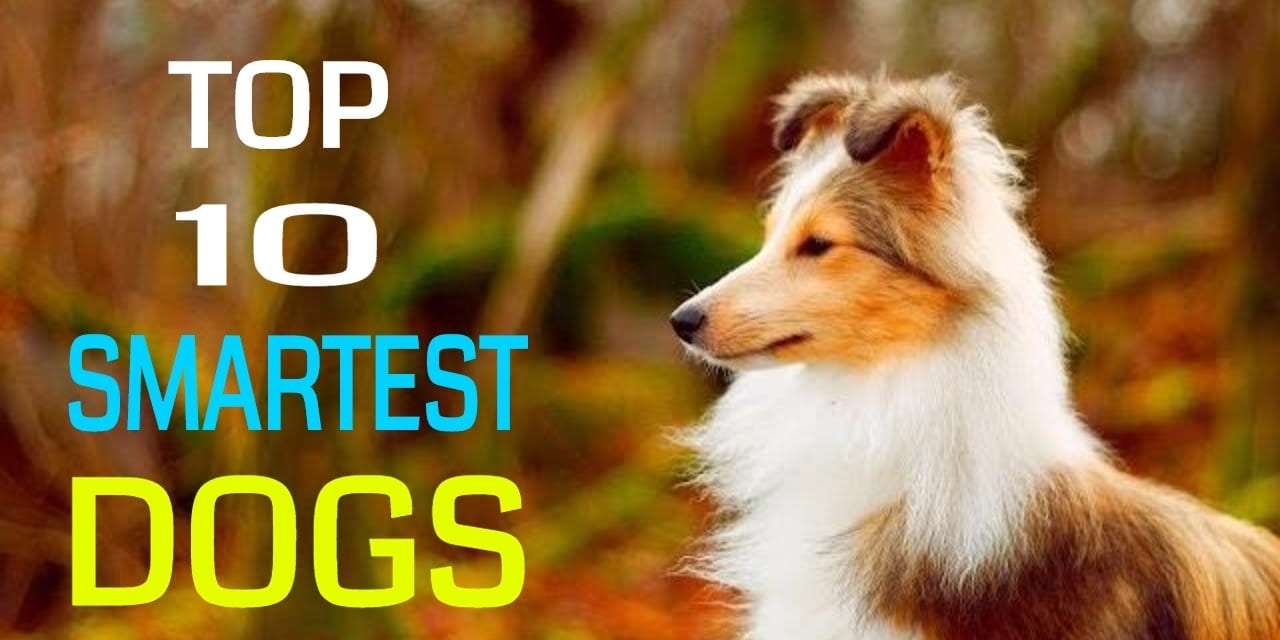 Dogs are our best friends, they are strong, sweet, loyal and yes, SMART! A finding based on a language development test,revealing average dogs can learn 165 words (similar to a 2-year-old child), including signals and gestures, and dogs in the top 20 percent in intelligence can learn 250 words. So even the average dog has the mental abilities of a 2-year-old child, can you imagine your dog can understand you as your 2 year-old, and the top 20% of dogs have an IQ of 3-4 years old! So, what are the smartest dogs in the world? Let’s take a look at the TOP 10.1. Border Collie 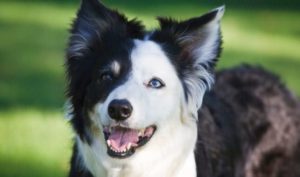 The Border Collie comes in at number one. Because of their extraordinary intelligence and high energy, it is essential to give Border Collies an occupation or purpose, or you may well find your home wrecked upon your return from a long day at work. They have an intense connection with humans, making them ideal work and home companions. However, keep this in mind: Border Collies invariably will not do well unless they are with people who are as high energy as they are; they do best with humans who can participate in dog sports with them. Also, because of their background as herding dogs, they may be frustrated by small children, as their inability to herd the children as they deem fit is confounded. For the right human, the Border Collie is well behaved, exceptionally good at learning, and a true-blue companion.2. Poodle 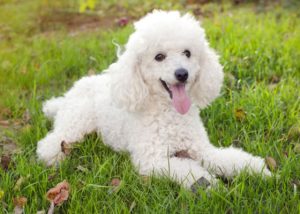 Easily trainable, steadfast, and sharp-minded, Poodles flourish in human company. Even with the frou-frou hairdos Poodles are sometimes made to endure, they can be quite effective as guard dogs, especially the standard sized Poodles. In fact, the “poodle clip,” was created specifically for the working Poodle, so that it could swim more effectively while still having fur to protect its organs as it went about the business of hunting and retrieving in the water. The Poodle excels at training and obedience, and also loves creative play time. This is what has made them so popular as circus performers. But, this can be a drawback as well. If left alone to boredom, Poodles can be creative about finding ways to amuse themselves, sometimes finding trouble along the way.3. German Shepherd 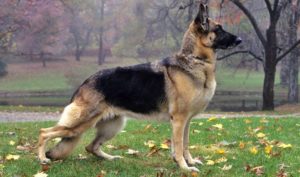 The German Shepherd was originally bred specifically for intelligence. Smart, courageous, and protective, the Shepherd is one of the most dependable of companions. They learn tasks after only a few repetitions, and obey first commands nearly always the first time it is given. They are eager to learn new tasks, as this gives them direction and purpose — very important for a Shepherd. Besides being used for herding animals, they are often used as guard dogs, police dogs, search-and-rescue dogs, and have even been trained by the military for parachute jumps.4. Golden Retriever 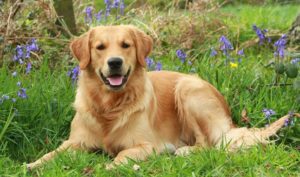 The gentle is a people pleaser, to be sure, but this sweet face has a big brain behind it. Originally developed to hunt, today’s Goldens are fiercely devoted family dogs who need plenty of exercise in order to keep destructive tendencies at bay. Like the other smartest on this list, he’s a good choice for activities that utilize his mind and body, so go ahead and sign him up for that dock diving or fly dog competition. As long as you’re willing to put in the work to teach him, he’ll do the rest.5. Doberman Pinscher

Due to an inborn fearlessness and deep stamina, the Doberman is one of the most popular of guard dogs. Smart and assertive, they can easily be trained for dominance or docility. Because of their past as war and police dogs, they may appear fearsome, but they are actually quite gentle. Their loyalty and acuity make Doberman’s great additions to the family.6. Shetland Sheepdog

Another herding dog, the Shetland takes this ability into the home, showing the same commitment and protectiveness over its human “herd” as the farm raised version does. Highly intelligent, the Sheltie handles life with great efficiency and diligence, learning new commands with little repetition, and making sure that all of the family is safe, sound, and in place. They show great devotion to their families, and are happy to live just about anywhere.7. Labrador Retriever 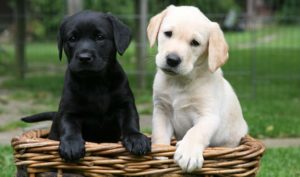 The Lab, as it is affectionately called, is the most popular breed chosen by families. Another member of the working class of dogs, the Lab is best known for its intelligence, affection, patience, and gentility, making them perfect companions for households with kids. They are easily trained, and, in fact, are one of the top dogs chosen for search and rescue, assisting the disabled, and police work. They are also known to self train, observing behaviors in humans and repeating them — a great asset in emergency situations.8. Papillon 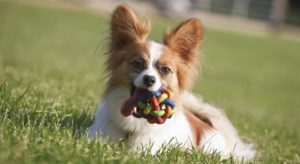 This deceptively cute, butterfly-eared dog is smarter, tougher, and stronger than it appears (it’s like the bionic dog). Often described as big dogs in little bodies, they have the athletic stamina to keep up on long walks, and the bravura of a canine ten times its size. The Papillon is a true companion and watchdog. Although they can be ferociously protective over what belongs to them, their keen intelligence makes it possible to take them anywhere. Let’s not forget they can be litter trained, a big plus.9. Rottweiler 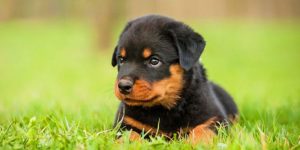 Another working dog, the Rottweiler began in Germany as a true work companion. They are still primarily used for work as guard dogs and as police dogs. The ideal Rottweiler is calm, confident, and courageous, never shy. He has a self-assured aloofness and doesn’t make friends with people immediately or indiscriminately. Instead, he takes a wait-and-see attitude with new people or situations. With his family, he’s affectionate, often following them around the house.10. Australian Cattle Dog 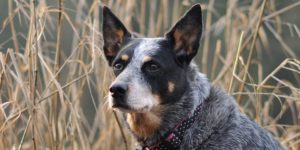 Yes, that Australian Cattle Dog from Down Under. A working dog that is traditionally occupied with controlling and herding cattle, its qualities are exceptional intelligence, alertness, resourcefulness, and a fiercely protective loyalty over its property and people. They are agile, strong, active dogs, both physically and mentally, which revel in new experiences. The flip side is that they bore easily and will unintentionally find trouble while looking for activities to occupy themselves with. The Cattle Dog is very organized; many are known for putting their own toys away after playing.The list is merely a reference of dog’s IQ, and it only speaks in a general term, every dog is unique with different personality, just like us. Each dog deserves to be loved and cared with the best you can, cause that is what they do to us.

Who is the real boss 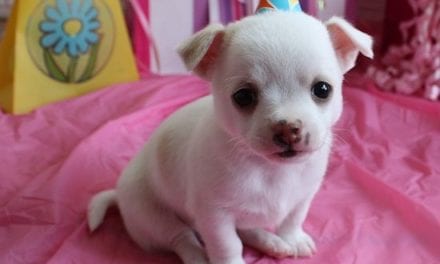 Happy Birthday to me

Can I have a moment of my own, please 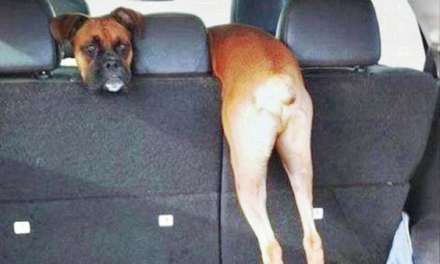