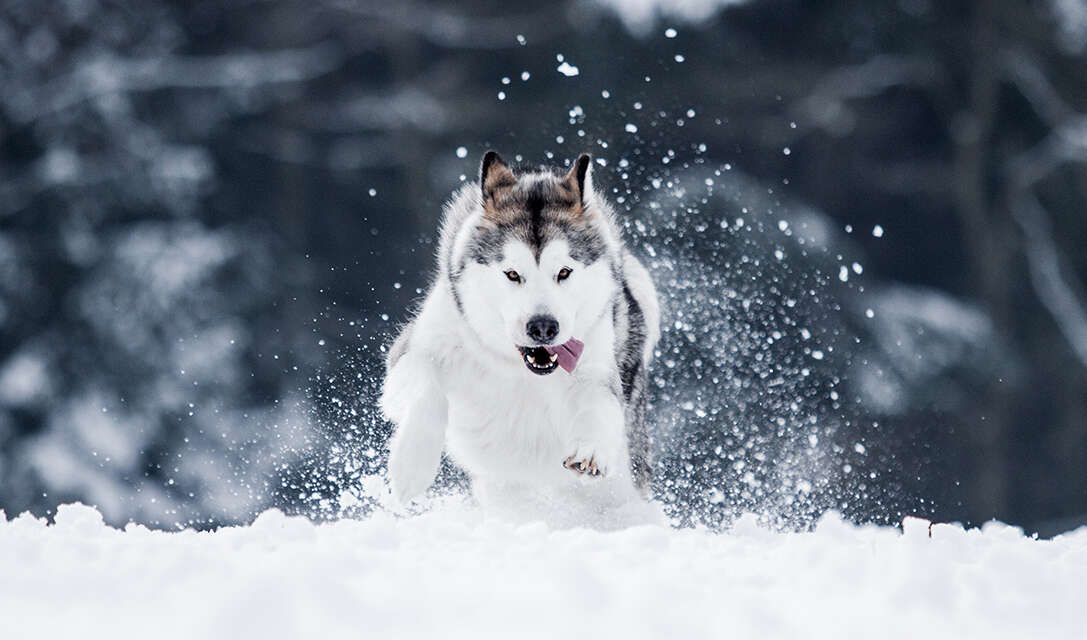 Most dogs wear a fur coat year-round, but that doesn’t mean all breeds are equipped for chilly temperatures. Some dogs, such as the Labrador retriever and the Siberian husky, have been bred to be more tolerant of cold weather. They may have thick, insulating double coats and bushy tails designed to be wrapped around their faces to keep them cozy, while others prefer to be bundled up in a blanket on the couch until spring.

If you live in the mountains or are looking for a furry friend to keep you warm on those single-digit winter camping trips, these are the best dog breeds for cold-weather climates.

The Siberian Husky is the go-to breed when someone thinks of a snow-dwelling canine. They were first bred in northeastern Siberia in Russia. One interesting thing to note is that they share a common genetic ancestor with many American breeds. When there was still a land bridge between Russia and the Americas, nomadic tribes of the time brought their dogs with them to assist in hunting and protection. Siberian Huskies have a propensity for survival in incredibly harsh climates. Their coats are among the thickest of any dogs in the world. They are effectively protected in temperatures as cold as -50 degrees Fahrenheit. However, the coat will also reflect heat during the summer.

One of the best winter breeds originated alongside nomadic cultures of the far east (in countries such as Tibet, Mongolia, China, and Nepal). Known as the Tibetan Mastiff, these dogs were first used as guards for livestock, tents, and even monasteries and palaces. They continue to be used for protection by local Tibetan tribes. Due to generations of dogs growing up in the Himalayan areas of Nepal, India, and Bhutan, the Tibetan Mastiff developed many traits that enabled their survival in such harsh climates. First off, they love to roam in packs (like wolves). This helps them to stay warm at night by huddling, and was beneficial for hunting. Tibetan Mastiffs also have a thick, water-resistant coat that helps them stay warm in the lowest temperatures imaginable.

Named after the nomadic reindeer herding Somoyedic people of Siberia, the Samoyed is a large, white, fluffy herding dog breed. They are also used to pull sleds when the time and situation is right. The Samoyed is the most common name for this breed, but they are also known as Bjelkiers (which is used more often in Europe). Samoyeds were originally bred to be outdoor dogs in the freezing cold of Siberia. They have a thick, luxurious double coat that offers prime protection against any inclement weather. This alone makes them a great choice for people who live in a cold climate that wish to own pets. All in all, the Samoyed is a really good choice for someone who lives in a cold climate.

The Japanese Shiba Inu is a breed that finds its origins in the hunting dogs from certain mountainous areas of the country. They are the smallest of the original spitz breeds from Japan. The Shiba Inu is an incredibly fast, agile dog that can meet its own needs for food and survival within minutes. The Shiba Inu is well-suited to outdoor life and adaptable. The dog has a double coat, with a stiff outer coat and a soft, thick undercoat. These are the main things that prevent the dog from feeling the effects of a harsh winter, as they are able to stay well insulated and dry in pretty much any conditions.

Perhaps the most famous mountain dog breed, Saint Bernards originated in the western Alps of Switzerland, France, and Italy. The very first generations of this breed as it is today were born at the Great and Little Saint Bernard Passes of the alps (which is where they got their name). Saint Bernards are quite famous for their daring alpine rescues. These huge dogs would learn from the older dogs to search for humans lost in avalanches, and then rescue them. In legends about these rescues, Saint Bernards would often carry a cask of brandy around their neck to help a traveler warm up. Whether this is true or not, the well-insulated coat and inherent hardiness of the breed was crucial to making cold-weather rescues.

The Akita is the largest of the six ancient Spitz-type breeds that are native to Japan, and they retain great cultural significance to this day. They are thought to be a symbol of contentment and longevity. The breed was initially developed as a watchdog and hunter in the cold mountainous regions of the country. They are always fiercely loyal, noble and quiet, but can be wary of strangers, strong-willed and don’t always get on with other dogs. Akitas, like many dogs bred to live in cold climates, have webbed toes, helping to distribute their weight better when walking on snow and ice.

Norwegian Elkhounds have been used since the Viking times to track and hunt moose, elks, wolves, and even bears. They would track their prey independently, with the hunter following. When they finally caught up to the game, they would distract the animal and bark until the hunter arrived to shoot it. They are quite good at their jobs, and can remain very quiet until they alert the hunter. Due to their frequent use in hunting roles, they needed to develop a way to withstand the harsh winters of Scandinavia. Throughout the generations, Norwegian Elkhounds developed a dense, smooth undercoat with a protective outer layer. They are among the hardiest of dog breeds in existence.

Another ancient breed of dog found in modern times is the Chow Chow. This breed first sprung up in Northern China, and were used as temple guards for a long period of time in their early existence. In fact, many reliefs, statues, and carvings in China depict these dogs in their original roles. The Chow’s ancestors came off of the high steppe regions of the far East. These places tend to get very cold during the winter. Thus, the precursor dogs to the modern breed were selected for their ability to withstand the weather. Some even found themselves in sled-pulling roles in early China. One early legend about this breed is that they were the inspiration behind the original teddy bears.

The Great Pyrenees – also known as the Pyrenean Mountain Dog – is a very old breed of dog. They get their name from the region where they were first found; Pyrenean Mountain Dogs originated in and around the Pyrenees Mountains in northern Spain and southern France. They have been known in this area for thousands of years. This breed is marked by a coarse, thick coat that enabled them to fend off weather and even wolf attacks. Their coats also include a mane around the neck, a plumed tail, and pantaloon-like feathering on their legs. Each of these traits contributes to their efficient resistance to cold weather and water.

This arctic breed is one of the best-suited dog species to cold temperatures. They were first used to haul freight across the tundra, as they were strong and hardy. Later, they were used as a sled dog for both cargo and personal transportation. If you examine the coat of an Alaskan Malamute, you will find that they are particularly well-suited to the cold. Their undercoats are thick and oily, and can even be as thick as two inches – which is much thicker than the undercoats of other dogs. Their guard coat is good for breaking up chilling winds, as it stands off of the body in a good pattern for protection.

Living in hot areas? Consider those dogs who can handle hot weather! 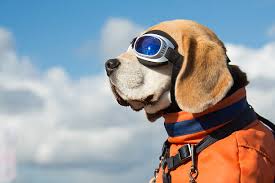 8 Best Dog Sunglasses for the Summer 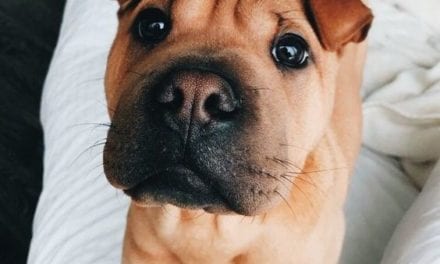 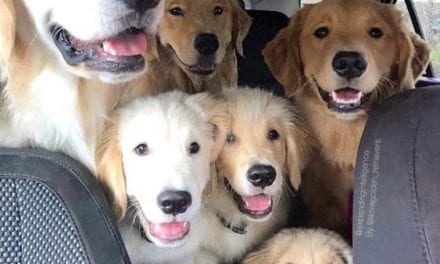 He sure knows how to enjoy